Last week, I was able to experience once again what it means to think together topics in human factors research. The recipe is simple: Take a few psychologists together with a few engineers, spend an afternoon together with different technologies and the results are numerous ideas for future research topics. In addition to classical engineering topics the Chair of Mechatronics at the University of Duisburg-Essen lives and breathes the topic of Human Factors within their individual research focus. Many thanks to Maximilian Jarofka, Christian Hürten, Dr. Frédéric Etienne Kracht, Markus Nieradzik, Stephan Schweig, Verena Staab, Eva Gößwein, Maike Ramrath, Vanessa Böhmer, Leonie Bergerhausen and the DST - Development Centre for Ship Technology and Transport Systems for a great day. #future #research #university #engineers #humanfactors

This week we (Verena Staab, Eva Gößwein and I) had the plesure to visit our collegues from Transport Psychology at DTU in Copenhagen, Denmark. We presented our work on psychological aspects of interacting with highly automated technologies and spend one week at the DTU discussing different research themes and ideas in the field of Human Factors. Look forward to future collaborations and many thanks for hosting us.

Mental workload in everyday life - An application for recording, evaluation and optimization

We pitched something! and won something!
Our idea is about mental workload & measuring it through a new technology, we won 3rd place in the GUIDE Idea Contest 2022. Together with Pia Musebrink, Verena Staab and Eva Gößwein. You find our pitch online

In our project Cobotank we spend the last two days in Hamburg to get a first insight into the process flows of loading and unloading liquid goods. We are looking forward to the next steps. Many thanks to John Fischer from Hamburg Hafen Marketing for the organization.

Today is the day, our comprehensive textbook in psychology has been published and delivered to the pre-orderers.

You can access the book via the following link: Psychologie. The table of contents, the foreword and a reading sample are also available there.

Happy to present our findings on EEG and behavioral correlates of attentional processing while walking and navigating naturalistic environments at the 52.DGPs-Kongress

With the drastic expansion of the games industry, psychological research is concerned with the question as to why certain genres might be more addictive than others. Besides specific games characteristics and motivational profiles of gamers, skills that are relevant to play certain games and genres might provide more insights for answering this question. An exploratory online survey was designed, asking for played genres, subjective relevance of required skills to play the game, gaming motives, and symptom severity. The analyses aimed at investigating which genres are associated with higher and lower symptoms of their players and the relationship between the relevance of skills required for certain genres and the symptom severity of players. Read more: Cyberpsychology, Behavior, and Social Networking

Many thanks to Prof. Bernhard Schick and the whole team for this event. It was two days full of impressions of new technologies and insights into an impressive institute with great potential. See also: IFM (Insittute for Advanced Driver Assistance Systems and Connected Mobility).

Start of the New Research Project "Cobotank" funded by the BMDV

The project aims at developing and testing a semi-automatic system for loading and unloading tankers using a collaborative robot ("cobot") in human-technology interaction. I am looking forward to an exciting 3 years in an interdisciplinary team.

It was a pleasure to speak at ICBA 2022 in Nottingham about Mindfulness Meditation and Neurofeedback in the context of behavioural addictions. They were enriching days full of of informative exchange and new impressions.

I am happy to be part of this interdisciplinary project. Together with the Hochschule Niederrhein University of Applied Sciences and the Chair of Mechatronics at the University of Duisburg-Essen, we are aiming to develop an optimal, hybrid on-demand solution for public transport in Krefeld and the surrounding area. Together with SWK MOBIL and the city of Krefeld, an approach is to be developed in which a wide range of user-oriented services for rural and urban areas can be created, which at the same time covers additional costs due to the increase in customers. Read more: BestMOD

Digital media defines modern childhood, but iths cognitive effects are unclear and hotly debated. We believe that studies with genetic data could clarify causal claims and correct for the typically unaccounted role of genetic predispositions. Here, we estimated the impact of different types of screen time (watching, socializing, or gaming) on childrens's intelligence while controlling for the confounding effects of genetic differences in cognition and socioeconomic status. We analyzed 9855 children from the USA who were part of the ABCD dataset with measures of intelligence at baseline (age 9-10) and after two years.  Read more: Scientific Reports

New Article on mindfulness-based interventions and neurofeedback for targeting affective and cognitive processes in behavioral addictions.

Psychological core processes that underpin disorders due to addictive behaviors, including craving, inhibitory control, maladaptive decision-making, and cognitive biases, are important factors to target and modify in interventions. Mindfulness-based and neurofeedback techniques have been particularly promising interventions. The aim of the present systematic review (PROSPERO ID: CRD42020200113) was to evaluate the research evidence on their effectiveness for behavioral addictions.  Read more: Clinical Psychology: Science and Practice

The capacity to regulate one’s attention in accordance with fluctuating task demands and environmental contexts is an essential feature of adaptive behavior. Although the electrophysiological correlates of attentional processing have been extensively studied in the laboratory, relatively little is known about the way they unfold under more variable, ecologically-valid conditions. Accordingly, this study employed a ‘real-world’ EEG design to investigate how attentional processing varies under increasing cognitive, motor, and environmental demands.... Read more: Scientific Reports

Digital media defines modern childhood, but its cognitive effects are unclear and hotly debated. We estimated the impact of different types of screen time (watching, socializing, or gaming) on children’s intelligence while controlling for genetic differences in cognition and socioeconomic background. We analyzed 9855 children from the ABCD dataset with measures of intelligence at baseline (ages 9-10) and after two years.... Read more: PsyArXiv

This study employed a ‘real-world’ EEG design to investigate how attentional processing varies under increasing levels of cognitive, motor, and environmental demand. Forty-four participants were exposed to an auditory oddball task while (1) sitting in a quiet room inside the lab, (2) walking around a sports field, and (3) wayfinding across a university campus. In each condition, participants were instructed to either attend to (i.e., count) or ignore oddball stimuli.  Read more: Biorxiv

The present study aims to provide a better understanding of the association between simulated environments and humans’ stress level under consideration of age, simulator adaptation, experience with simulator sickness, and driving performance. Data from 164 participants (M = 61.62 years, SD = 12.66 years, ranging from 25 to 89 years, 42 women) were analyzed in the present study. During three measurement times, participants completed an advance first simulator drive (T0), followed by an online survey, assessing experience with simulator sickness (T1), and a second simulator drive (T2) including pre- and post-cortisol measurements.  Read more: Frontiers in Virtual Reality

Aim of the study:

Check out and peerreview our new manuscript on Mindfulness Meditation

Gaming disorder (GD), meanwhile classified as a mental disorder in both DSM-5 and ICD-11, is a current public health issue. Theoretical models assume core psychological processes, such as cue reactivity, craving, reward processing, decision-making, cognitive biases, inhibitory control, and stress relief, to be crucially involved in the development and maintenance of GD. This review summarizes neuroscientific findings on these processes in the context of GD as well as treatments and intervention programs addressing these processes. Read more: Journal Current Behavioral Neuroscience Reports

New Article on the relevance of mental abilities and age in simulator usage, published in the Journal 'Ergonomics'

Previous studies increasingly report problems with simulator adaptation as well as dropouts. Therefore, the present study aims at better understanding these aspects by considering individual factors, such as age and mental abilities. 414 people were tested with commonly used neuropsychological measures as well as within a driving simulator which consists of a close-to-production vehicle of the compact class. In contrast to previous findings, neither a significant relationship between age and the time of adaptation nor an interaction between age and mental abilities on adaptation time could be identified. However, the time participants spent in the simulator (simulator dropout) significantly correlated with age but not with mental abilities. People who showed no adaptation spent significantly less time in the simulator, because of the occurrence of simulator sickness. Although attention was only mildly associated with the time of simulator adaptation, further research on this linkage is suggested.  Read more: Journal Ergonomics

New Article on Smartphone usage and attention, inhibition, and working memory published in the Journal 'Computers in Human Behavior Reports'

The smartphone has become ubiquity in everyday life. Today, it is no longer the question of what these devices are capable of, but rather on related effects of using it. During recent years, studies increasingly focused on smartphone-related effects on cognitive functions, however, existing findings are limited. Therefore, the present manuscript aims to provide an overview of previous findings but also to highlight existing gaps in the field of smartphone-related effects on attention, inhibition, and working memory. We provide a hypothetical model assuming a differentiation between immediate and long-term effects of smartphone use on respective cognitive functions. Read more: Computers in Humban Behavior Reports

Whether males and females differ in decision-making remains highly debatable. However, a male advantage in decision making is observed in animal as well as human models of the iowa gambling task (IGT), and, in case of the latter, the difference is observed across a wide range of age groups. It is unclear if these sex differences
on the IGT are malleable to environmental influences such as sociocultural factors. We tested sex differences during the uncertainty and risk phases of the IGT in data pooled from three countries that reflected high, moderate, to low gender-equity (Germany, United States, and India: N = 531, female = 269). Read more: Frontiers in Psychology

I moved to Stockholm, starting my Postdoctoral Scholarship at the Karolinska Institutet, Stockholm. I'm really looking forward to an exciting time with new projects and inspiration. Please note that I keep my affiliation at the University Duisburg-Essen because I continue my ongoing projects and run my courses there. For further information about the Department of Neuroscience at the Karolinska Institutet, please check: https://ki.se/en/neuro/about-the-department-of-neuroscience 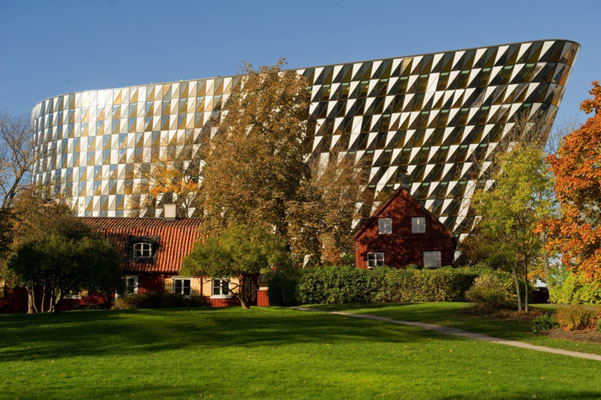 Submission accepted at the 62nd Conference of Experimental Psychologists

I am also very happy to moderate the session 'Development and Aging' with many interesting contributions. Look forward seeing you at the conference.

This article introduces a new paradigm, measuring costs of switching between selective and divided attention. To access the full-length article click the link below: https://www.frontiersin.org/articles/10.3389/fpsyg.2019.02178/full 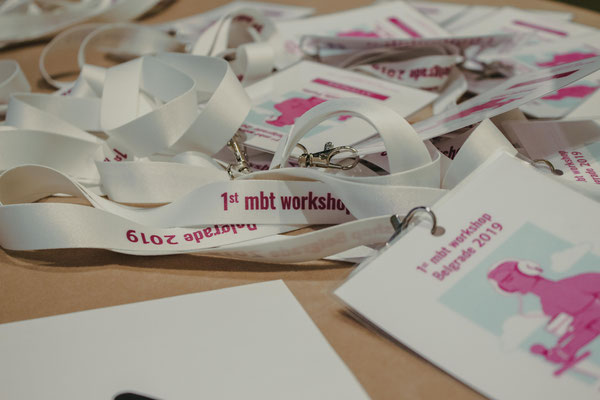 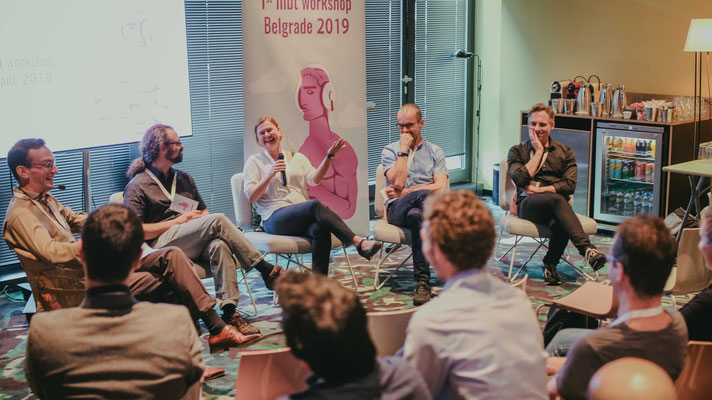 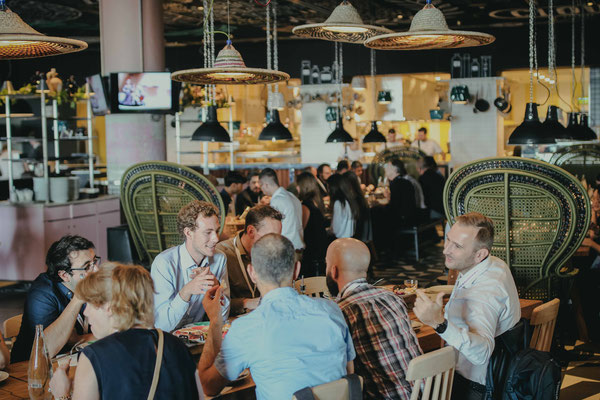 The 21th conference of the European Society for Cognitive Psychology on Tenerife. Was held on a beautiful island, in an extraordinary conference venue, with many highly interesting talks and discussions. Find the link to the conference page with all abstracts: https://escop2019.webs.ull.es 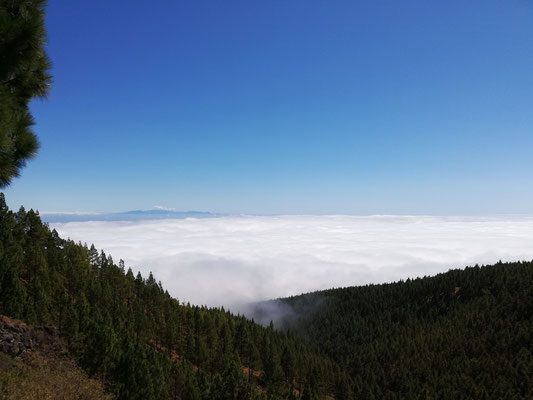 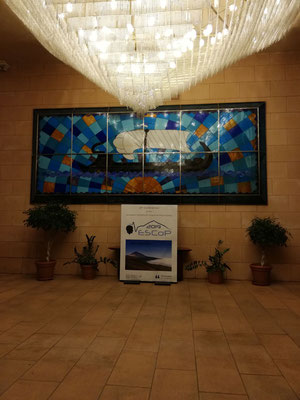 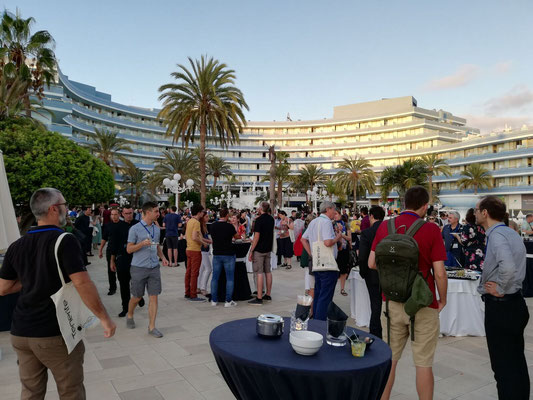 The study aims to get a better understanding of the gaming behavior of German residence, focusing on what do people play?, how much do they play?, when do they play?, what skills are needed?, etc. To participate simply scan the QR code. For more information click on the button: